Two birthdays in one week, which meant two birthday parties within a week.  Samuel turned 8 and Joel, 6.  Hard to believe, I know.

We are blessed to live in place with so many good friends who share a common vision of missions, and family. These kids are up for it too! Ready to survive anything. All of these kids have at least one thing in common: they have all been all over the world, in much harder places, yet always manage to have fun while doing it!

For their parties, each chose a “theme”. While in Australia the boys got hooked on “Man Vs Wild”, with Bear Grylls.  So Samuel’s party was “Boys Vs Wild”, and Joel’s was “Boys Vs Water”.

A quick recap of the events. I (Jeremy) took 7 boys into the woods near my in-laws house, and after setting the scene for an imaginary, “Oh no, the car has broken down in the wilderness! How will we survive?”, we all boldly approached our fates.  Apparently the word had got out among the lads earlier in the week of some of the hardships we might face in the rugged Lakeside ‘backyard’ wilderness.  “I’m not drinking my own pee!” was one participant’s plea (destined to perish if I didn’t do something about that life-killing-attitude!). Another was crying at our outset for the same fear.  When all were reassured that no one would have to do anything they didn’t want to (if they didn’t care about living or dying, that is), we set off a merry bunch.  Kids + knives + fire + gross stuff = fun, every time.

Each had a pocketknife (of course, for whittling, and random cutting and slashing and such), their clothes, and that’s it. I had my knife, machete, and some emergency matches (settle down now, they’re 7-8 years old for Pete’s sake and the temperature was about 35F/2C!).  We followed a deer trail, learned how to tell direction, where and how to build a fire, and some other general tips for surviving and ensuring rescue. Some serious, and some …made up (e.g., doing this about 60 yards from Grammy’s house).

We ate (this is what I told them, anyway) freshly killed “squirrel”, some “deer poop”, and yes, drank our own “urine”.  After all of this we were rescued just in time for cheeseburgers, cake, marshmallows and games!  A Miracle!  (See photos below).

For the younger crew we all parachuted into the local indoor swimming pool. 6 boys, two pools, way too much chlorine.  I won’t go into as much detail here except to say that all boys braved and bested pool sharks, deep water, infants, other kids taking our toys, life guards in red outfits aged about 13, and of course a toxic level chlorine environment.  Amazingly enough again, we were rescued just in time for a birthday dinner of hotdogs, cake, games, punch, roasted marshmallows and presents!  (See photos below)

Oh, if anyone is interested, the parents and Grammy barely survived. The search party is still out for Papa… 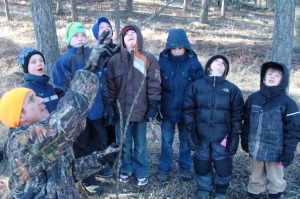 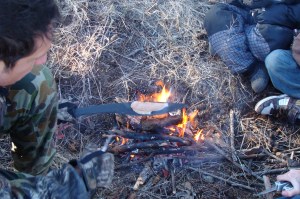 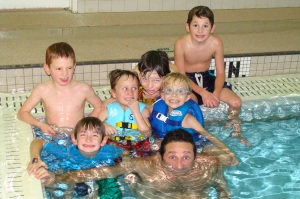 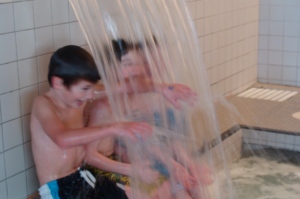 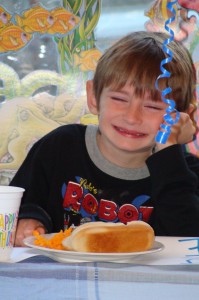 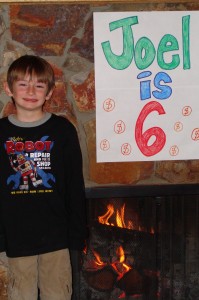 We’re online! Welcome to our blogsite.  Tell your friends about it!

Our intention with this site is to make it very easy for you to stay up to date, and easy for us to communicate quickly with as many people as possible!  It also enables us to multiply our connection with you through photos, video’s, cool links that we use.  We also intend to share with you the many thoughts, challenges, and revelations that we have as we journey in missions and discipleship together. Not only will you gain an in depth glance into our lives, but we can also use it as a way to provide encouragement and some impartation back to you.

Feel free to contact us at any time, and leave comments as you wish!

See you on the Westside!

We are back in Montana and into the swing of things again!  We will share what’s current and what is ahead for us, but first we want to summarize our time in Sydney with Jeremy’s family.

Sydney. The time we had “just living life” with Mum and Dad and the rest of the family was perfect.  We could see God’s hand so clearly in being there.  There were doctor’s appointments for Dad, Mum actually had surgery herself, we were cooking, shopping, more doctors appointments, Christmas, homeschooling, more cooking, and the best part was sharing our days together.  As you know, Dad’s brain cancer is the most advanced and most aggressive type there is.  While we are not sure of anything, the treatment is taking its toll on him, and he has good days and bad days.  We are trusting the Lord and asking Him to heal Dad, while continuing to do all we can from a medical perspective also.  Overall, we felt blessed to be able to go and serve them – honoring them is actually very easy to do – because they are truly godly and fun people!  They were amazing with our 3 kids running around making a ruckus all the time.  It was also wonderful for all the cousins to play together and to BE together as a whole family over Christmas – 22 of us. The first time all of the Wests have been together for Christmas in over 10 years (see attached photo).  We will treasure it always!

Home. Of course, we are doing what we love, which is believing in and training young missionary leaders! We are working closely with Rachel, a 25 year old who is leading a Discipleship training school for the first time.  We are called “coaches” to her in this role and we love it.  The students arrive in 6 weeks, so we are in preparation mode with her and will be in this coaching role throughout the 11 week lecture phase which begins April 5.  At the same time, Jeremy is busy working on our 2 DTS Equips for 2010!  DTS Equip is designed to “equip” young leaders to make disciples of Jesus!  Specifically leaders of YWAM’s DTS program. Lakeside Equip begins June 28th and Cambodia Equip begins August 30th.  We have a busy year ahead of us!  We trust it will be not only busy but fruitful!

Newsflash: Here is our new blog! Please follow us online, and please tell your friends about us.  Remember, just tell them “GoWests.com“.  Technology is not our strong point, but is should be a great way of getting news out more quickly and more regularly!

Thank you for your friendship and support.  Thanks for asking about Dad, and praying for him.  Thanks for partnering with us in reaching the world with the great news of Jesus Christ!